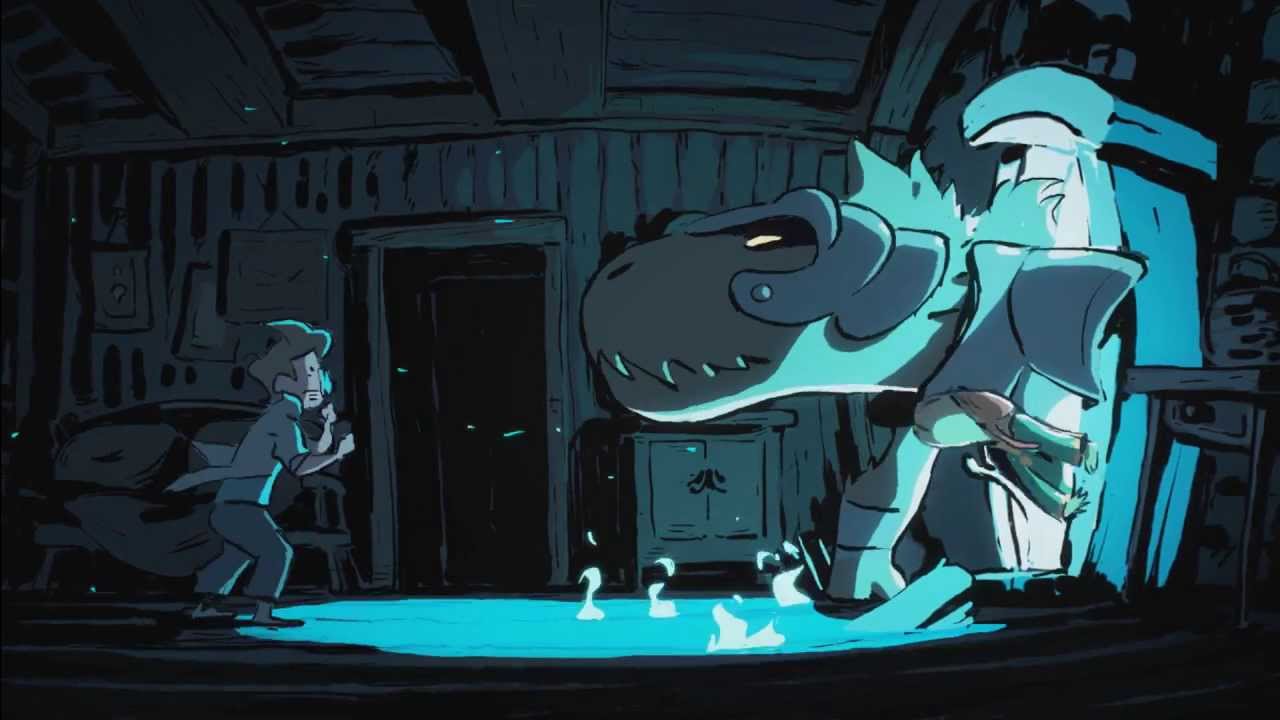 I thought I’d start a series of short daily blog posts to get myself writing regularly. I’m most likely to write about animation but I’m probably going to talk about film and other stuff as well here.

I’ll start this off with a topic that a YouTube comment got me thinking about- recent sources of non-anime sakuga. I’d like to write a proper blog post about this sometime but for now I’ll just report what I know.

French animators and studios seem to be one the best sources of 2D animation today. They take a more eastern approach to western animation ideas- one person animates everything in a scene and they mix good character acting with intense action. I made a video compiling some of my favourite cuts by French animators you can see here:

Most of the animators who worked in Disney films in the 90s are still doing stuff today but if they do 2D animation it’s usually for personal projects. For example Tony Fucile, the key animator for Mufasa and Esmerelda, designed the characters in The Incredibles and mainly works on CGI animated films now.

His characters are strong but gentle

Andreas Deja,  the supervising animator for villains like Jafar and Scar, is a great guy who has an amazing blog about animation: http://andreasdeja.blogspot.com.au/. He recently animated Tigger in the underrated 2011 Winnie the Pooh movie and still works mainly in cel animation. He’s also producing a short called Mushka that I love the look of.

My favourite 90s Disney animator, Glen Keane, has transitioned to working on 3D films like Fucile. He was heavily involved in making Tangled, designed the characters for the recent Paperman short and worked on Wreck it Ralph. He’s giving lectures and teaching students stuff along with Deja and other animators now. Luckily he’s still doing some amazing 2D animation. The animated shorts Duet and Nephtali are animated entirely by him.

Richard Williams, whose work I put a lot of in my recent British animation video, is still working in his old style. His films aren’t taking decades to produce anymore- he made a short film called Prologue last year that has some great animation in it. His style isn’t as emotionally appealing as a lot of other animators I think, but it’s intricate and technically impressive.

A clip from Prologue. Key animated by Williams.

More clips from Prologue (Some are NSFW): https://sakuga.yshi.org/post?tags=prologue.

Ken Duncan, who animated Jane (Tarzan) and Megara (Hercules), did a great 2D animated Coke commercial recently. Juanjo Guarnido, artist for the amazing Blacksad and former Disney animator, produced an amazing music video called Freak of the Week, a lot of which is in the French Animation video I posted above.

I don’t know a lot about great non-anime tv shows that are particularly good. I haven’t seen it but I’ve heard Legend of Korra is good and some of its animation looks pretty great.

Some web artists also have some amazing work out there. [JaimeR] makes surreal, very complicated traditionally animated stuff, he’s probably my favourite internet animator. Harry Partridge‘s videos can be hit or miss I think but they’re very impressively drawn. Cat-Fat‘s stuff stands out to me. I also like JazLyte, who’s done some great action scenes and effects animation. He’s also done some work for Fox.

I’m sure there’s a lot of other great internet animators out there that I don’t know about.

The impression I get is that non-anime sakuga hasn’t gone anywhere, it’s just harder to find.

I’ll finish this off with some clips I found recently that I haven’t put in any of my videos yet.

From The Cat Returns. Key animation by Shinji Otsuka.

From Metropolis. Key animation by Shinji Hashimoto and an unknown other animator.